Martin Harris has turned to former Carpetright colleagues for the opening of his mid-market flooring retailer Tapi Carpets & Floors.

Johanna Constantinou, Tapi marketing director, worked at Carpetright from August 2002 to January 2015, with roles including group director of marketing and head of marketing Europe.
Karen Knighton, Tapi financial operations director, was Carpetright head of financial operations from April 2007 to December 2014. She was named as Carpetright store support colleague of the year in 2014 for her work ethics, dedication and streamlining of operational processes with the finance department.
Stephen Davies, Tapi operations director south, was divisional sales controller at Carpetright from November 2001 before joining Tapi.
Tracey Skea, Tapi commercial development director, was executive assistant to Harris from April 2010 to September 2014. She has also been interim digital development manager and finance analyst at Carpetright.
Neil Anscomb, Tapi regional sales manager, was Carpetright regional sales manager from November 1998 until last month. He was Carpetright manager of the year in 2008.
Andy Brown, Carpetright divisional manager, is on gardening leave and is expected to join Tapi.
Brintons is among Tapi’s suppliers. 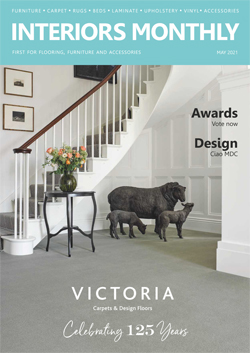