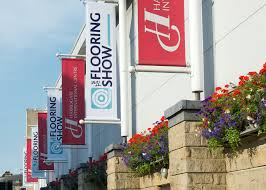 With just under 4 months still to run The Flooring Show 2015 is powering ahead, with confirmed space sales already 5% up on 2014, and with many more bookings in the pipeline. As well as all the core industry bellwethers taking up prominent positions, there will be an expanded presence of British manufacturers showing on the Wool Trends Centre, which features Adams Carpets, Axminster, Brintons, Brockway, Bronte, Cavalier, Ulster and Westex in a smart pavilion promoted by the British Wool Marketing Board and Campaign for Wool.