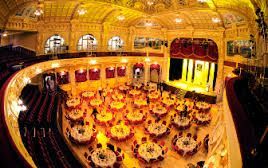 A comedy night is going to be held at The Royal Hall at the Harrogate Exhibition Centre on Sunday 20th September 2015 during The Flooring Show at Harrogate. The proceeds of the event will be going to three children’s cancer charities. Tickets are now on sale. Please contact Dave Francis for more details or to book on 07976 439588.