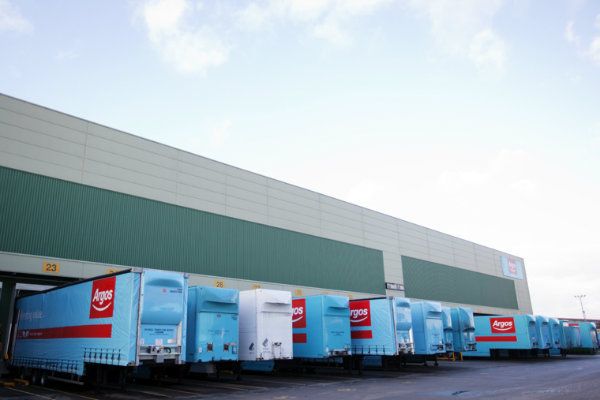 The members of Britain's biggest union, Unite vote to strike over plans to transfer 96 drivers from Argos to supply chain company Eddie Stobart.

The workers union balloted 420 warehouse employees in Magna Park over the proposals that would transfer the last of Argos' in-house drivers in early June.

Members voted 75% for strike action and 80% for industrial action.

The union noted that Argos employees raised concerns that if 96 of the 420 drivers were initially transferred to Eddie Stobart, the rest would follow "with possible detrimental effects on pay, employment conditions and job security".

The strike will take place for six days starting at midnight next Tuesday and ending just before 6am on Sunday 12 June. The drivers' strike will also take place from Tuesday to Saturday 11.

"The strength of the mandate for industrial action reinforces our members' clearly stated desire to remain employed by Argos.The management can avoid this action by rescinding the decision to outsource the drivers to Eddie Stobart" said Unite Regional Coordinating Officer Paresh Patel.

"If Argos persists in its hard line against the drivers, Unite will be demanding two things. Firstly, that our members are offered decent severance packages should they wish not to work for ESL.

"Secondly, those drivers who do transfer have their pay, and terms and conditions protected for at least three years under the TUPE arrangements [Transfer of Undertakings (Protection of Employment)].

"Finally, we want Argos management to engage with Unite well in advance in future should they be considering similar plans for the rest of the workforce. If the bosses had come to Unite in the first place, we could have put forward counter-proposals that may have averted this strike action."

Patel added: "Unite's door remains open for talks and even at this eleventh hour we urge Argos to get around the table for talks for the sake of its employees, its customers and its reputation as an employer."

While Argos said in a statement: "Argos customers will not experience any disruption in the event of a proposed strike at its Magna Park Distribution Centre, which is one of several distribution centres around the UK.

"The strike relates to the intention to TUPE (Transfer of Undertakings) the site's 100 driver colleagues to Eddie Stobart Ltd. Contingency