Nickolds to leave John Lewis as it warns on profits

Paula Nickolds, John Lewis md is to leave the chain next month after it warned that profits would be ‘substantially’ lower.

As part of its move to combine the management of John Lewis and Waitrose, Nickolds - the chain's former head of home before she became md - was due to become executive director of brand in February, as part of its Future Partnership plan. Instead she will leave.

‘Paula has been with the Partnership for 25 years and has been an outstanding leader throughout her time. She has played a central role in the development of John Lewis over the past 10 years in a variety of senior positions. After some reflection on the responsibilities of her proposed new role, we have decided together that the implementation of the Future Partnership structure in February is the right time for her to move on and she will leave the Partnership with our gratitude and best wishes for the future,’ says outgoing chairman Sir Charlie Mayfield.

He will be succeeded by Sharon White next month as the group’s sixth chairman.

Nickolds joined as a graduate trainee in 1994, and was the chain’s first woman md.

When asked about what had changed between October – when Future Partnership was announced – and January, Mayfield said: ‘Things change. People's desires, people's perspectives change. My perspective is that what we've done and what we're doing is the right thing to do.’

The group warned that it may not pay an annual staff bonus for the first time since 1953.

‘At the full year, we expect profits in Waitrose to be broadly in line with last year. In John Lewis we will reverse the losses incurred in the first half of the year, but profits will be substantially down on last year. We therefore expect that Partnership profit before exceptionals will be significantly lower than last year,’ says Mayfield.

The decision on the staff bonus will be taken next month. 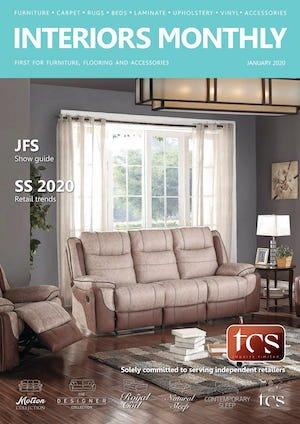