Time to Cut the 'Shops Tax' 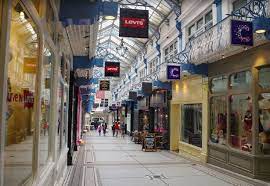 The British Retail Consortium (BRC) is calling on the Chancellor to unlock the industry’s contribution to the economic recovery from the pandemic by delivering a cut in the business rates burden at the Autumn budget. The retail trade association also urged the Chancellor to stand by his Party’s manifesto commitment to “cut the burden of tax on business by reducing business rates” through its Fundamental review, due to conclude in Autumn.

Business rates have contributed to the loss of shops and retail jobs for years but the need for decisive action has never been greater. As a recent BRC survey found, if the Fundamental Review does not result in a substantial reduction of the rates burden, four out of five retailers would be forced to close additional stores across the country, further eroding the fabric of local communities.

The BRC’s Budget submission highlights the need for immediate action to tackle the cost burden of rates on retail and sets out further actions to improve the efficiency of the business rates system. There are three key recommendations to the Government:

1. The Fundamental Review must result in a long-term substantial reduction of the £8bn annual rates tax burden on retailers and the ending of downwards phasing of transitional relief, which cost retailers over £500m between 2017 and 2020.

2. Remove the requirement for rates to raise a fixed sum, allowing it to flex in line with economic circumstances as all other taxes do.

The submission also addresses other key retail priorities including the debt moratoriums, Apprenticeship Levy and the ongoing HGV driver shortage.

The need for action on business rates is also supported by a new report by WPI Strategy. This shows the devastating impact that business rates, dubbed the ‘shops tax’, has on constituencies in need of levelling up. The report notes, “the shops tax causes store closures right across England and Wales. It stops investment in new shops. Without business rates reform, more shops will close. Fewer retail jobs will be created, and more retail jobs will be lost.” According to the report, these effects will be most acutely felt in the North of England, the Midlands and Wales.

Helen Dickinson, Chief Executive at the British Retail Consortium, said: “The evidence is clear: business rates are costing shops and jobs and undermining the government’s ‘levelling up’ agenda. Retail is the UK’s largest private sector employer and serves as a vital lifeline to places most in need of levelling up, offering flexible jobs, supporting other businesses on the high street, and breathing life into local communities. The business rates review is a great opportunity for Government to put the ‘shops tax’ into reverse, and support investment and growth in the regions that need them the most.” 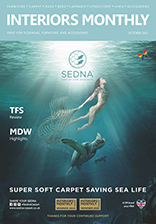