January’s planned edition of flooring exhibition Domotex has been cancelled, just weeks after the organiser said it hoped to hold a slimmed down show in Hannover.

‘We have been fighting for Domotex together with the exhibiting companies until the very end, and have been in daily communication with the industry for months. Domotex is particularly affected by the impact of the Corona pandemic, as the vast majority of Domotex exhibitors and attendees come from abroad. However, given the current pandemic situation, international business travel is not expected to recover in the short term,’ says Sonia Wedell-Castellano, Domotex global director.

Last month Deutsche Messe said it would use three halls in the southern part of the exhibition centre (the show is traditionally centred around halls at the northern end) as a relaunch event.

‘What was considered a realistic and promising Re-Start scenario a month ago, and was also well received by the market, has proven to be no longer feasible in recent days,’ says Wedell-Castellano.

The organiser is are looking into the possibility of holding the show later in 2022. 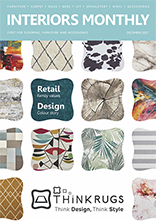